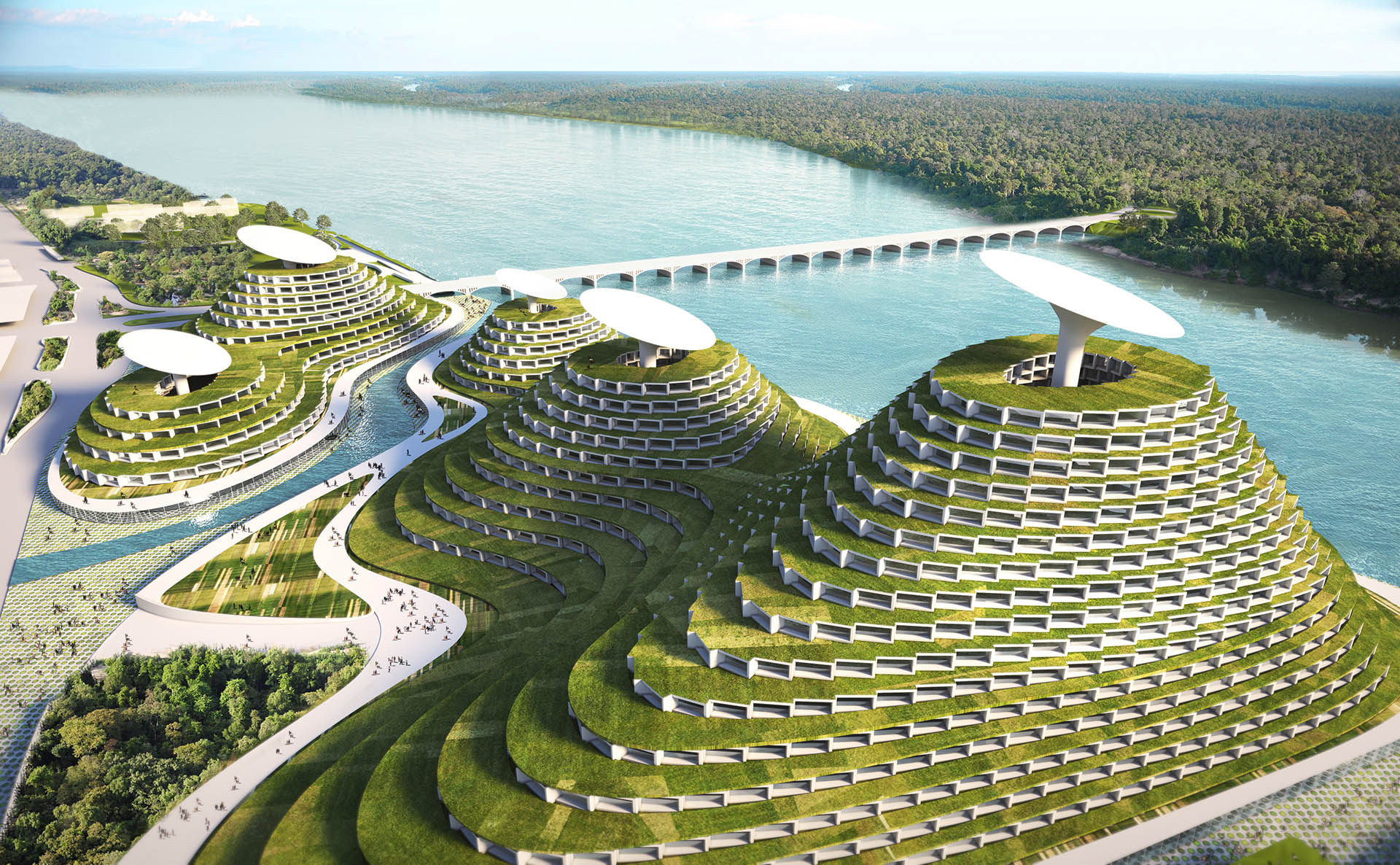 Smart City is a Detroit’s mixed use project that combines agricultural, industrial, residential and commercial spaces. The idea is to revive local businesses and essentially the brand of Detroit with this new iconic project. The landmark building will not only define the skyline of Detroit, it will also become a milestone of how future mixed use building should be planned. This project won London Creative Competition in 2015. 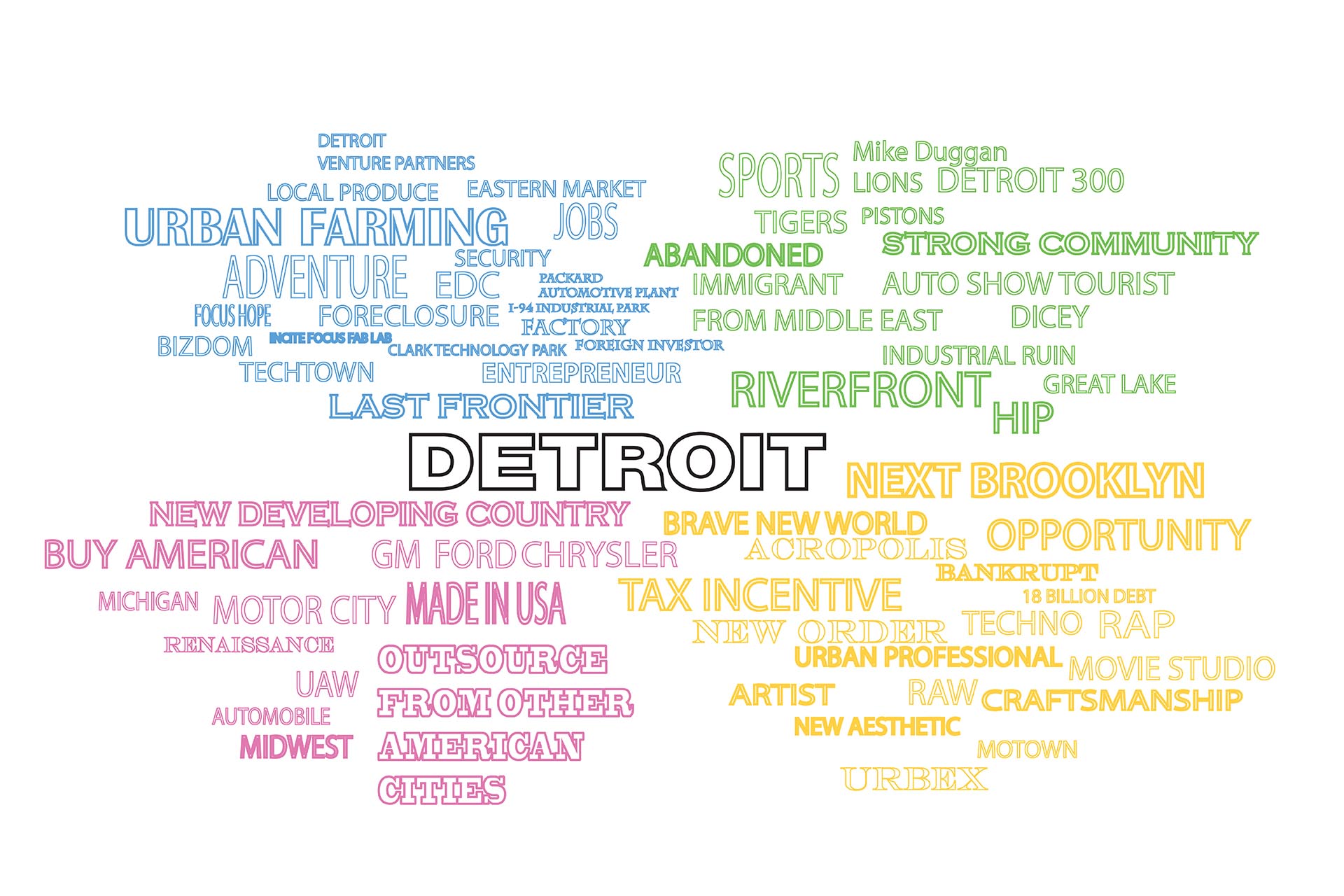 Detroit is known for its automotive industry and its recent decline in economy. The land is filled with opportunities. It is considered to be the last frontier in the US. We develop the smart city project with this frontier mentality in mind. 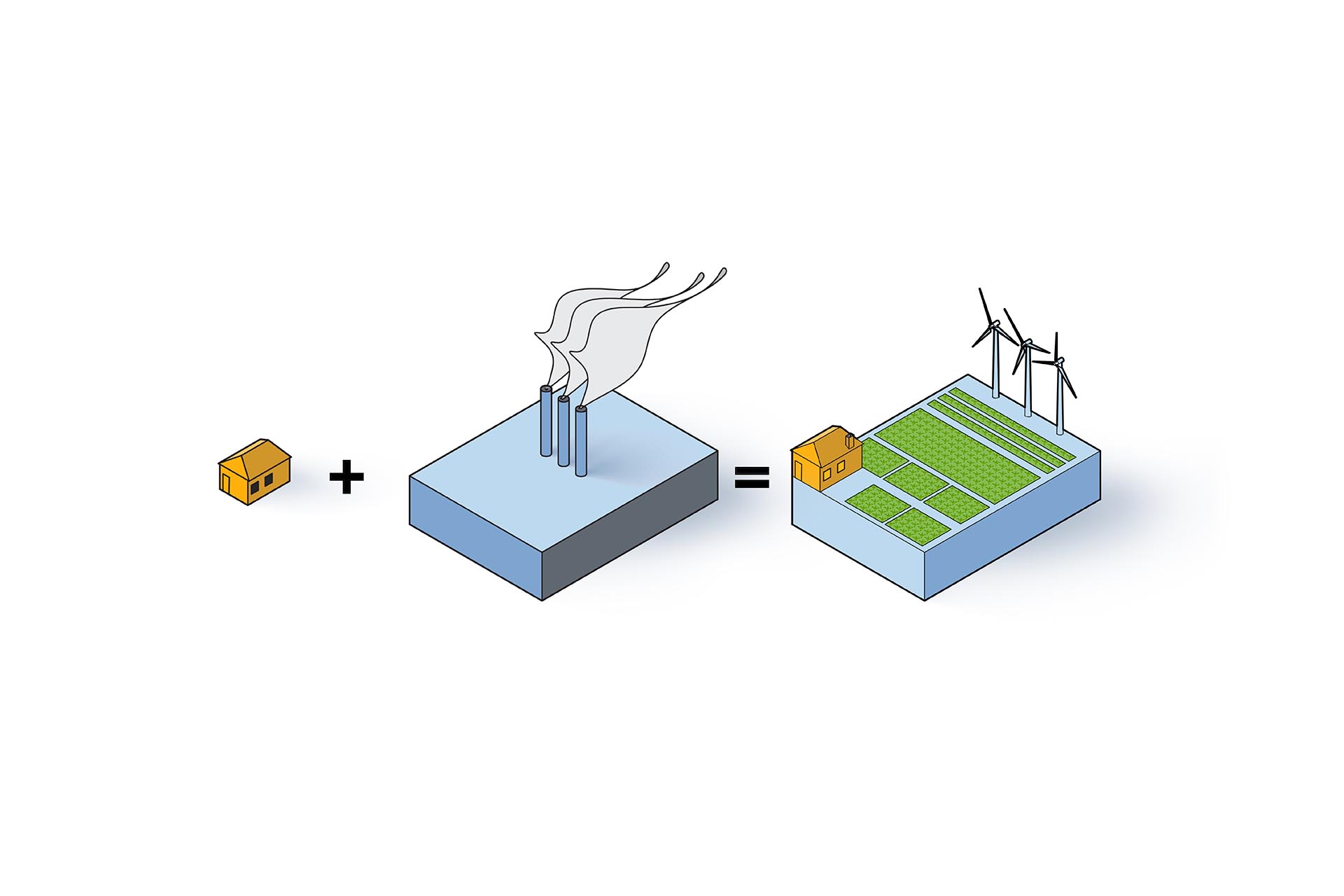 Smart City has a simple idea to alter spaces for multiple programs. Factory requires a large footprint. Its roof naturally becomes a perfect location for farming and residential area 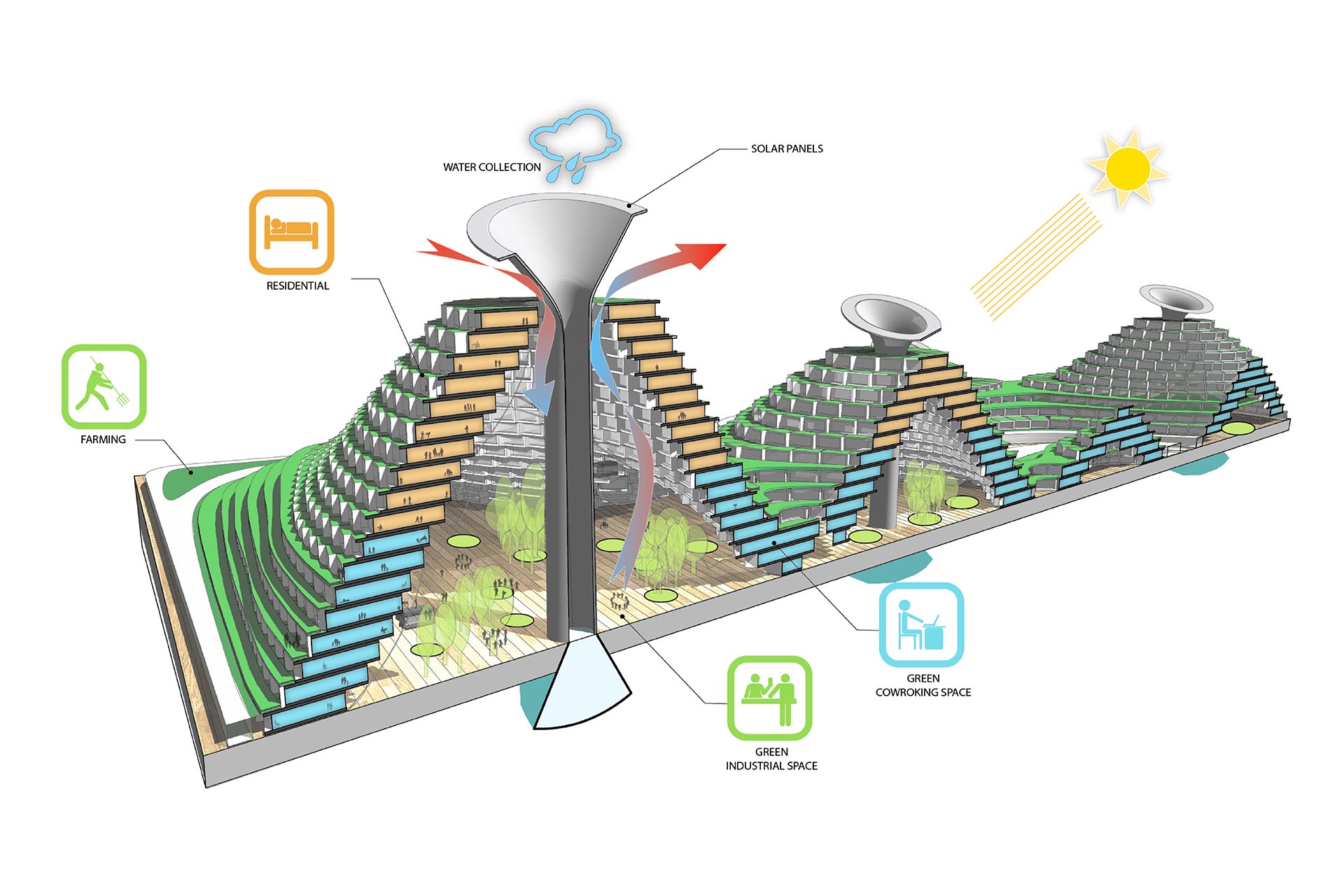 The mountain form is a logical combination for large void and large surface area. The form allows for terraced urban farming, which is an up-and-coming business in Detroit. Residential and commercial area form a shell-like structure along the mountain. The void inside the mountain become a large open area for green industry. The solar panel at the top of the mountain is multi-functional. It collects water and solar energy while it is the main support for the shell-like structure. The mountain profile with solar panels at the apex will form an iconic skyline for Detroit. 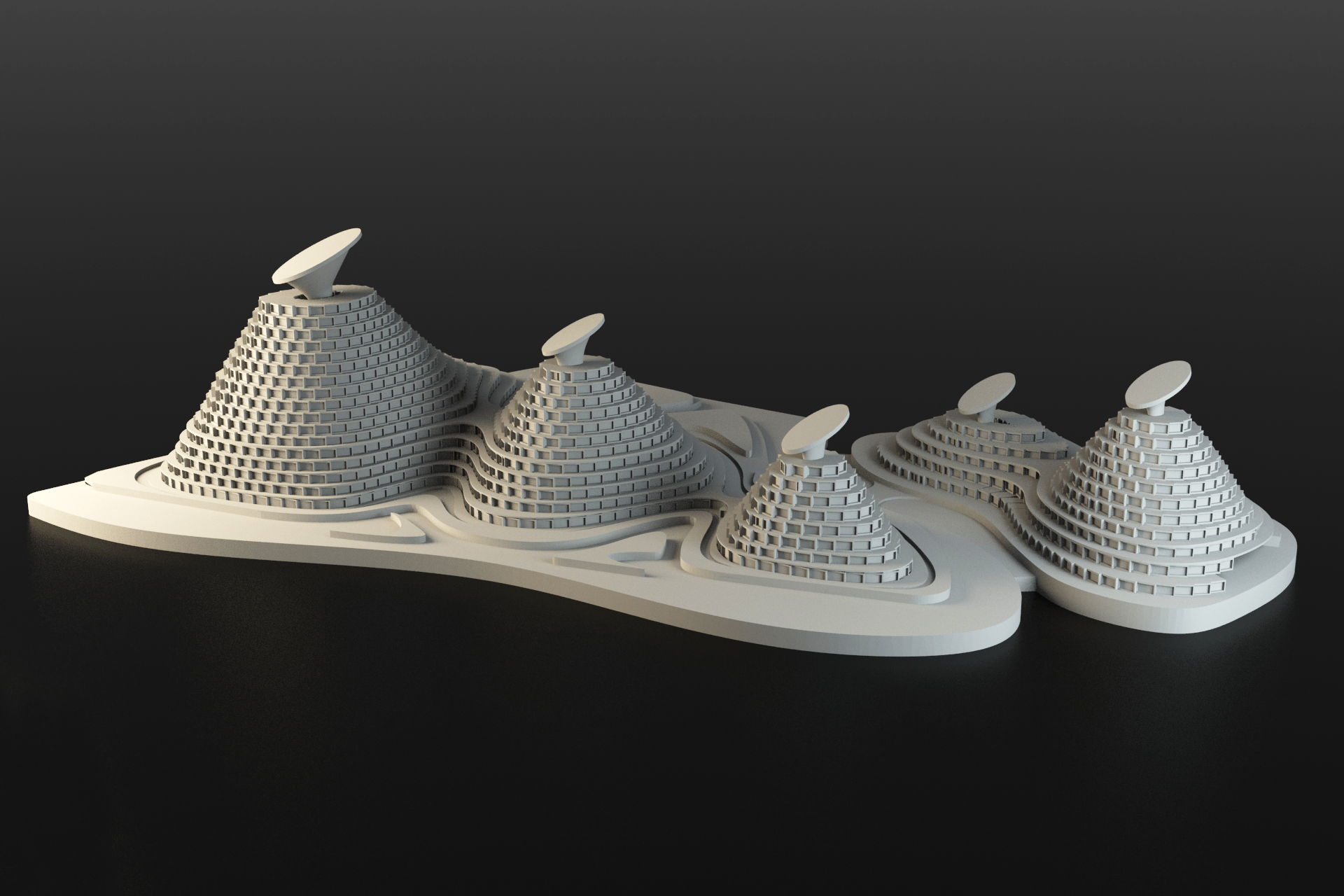 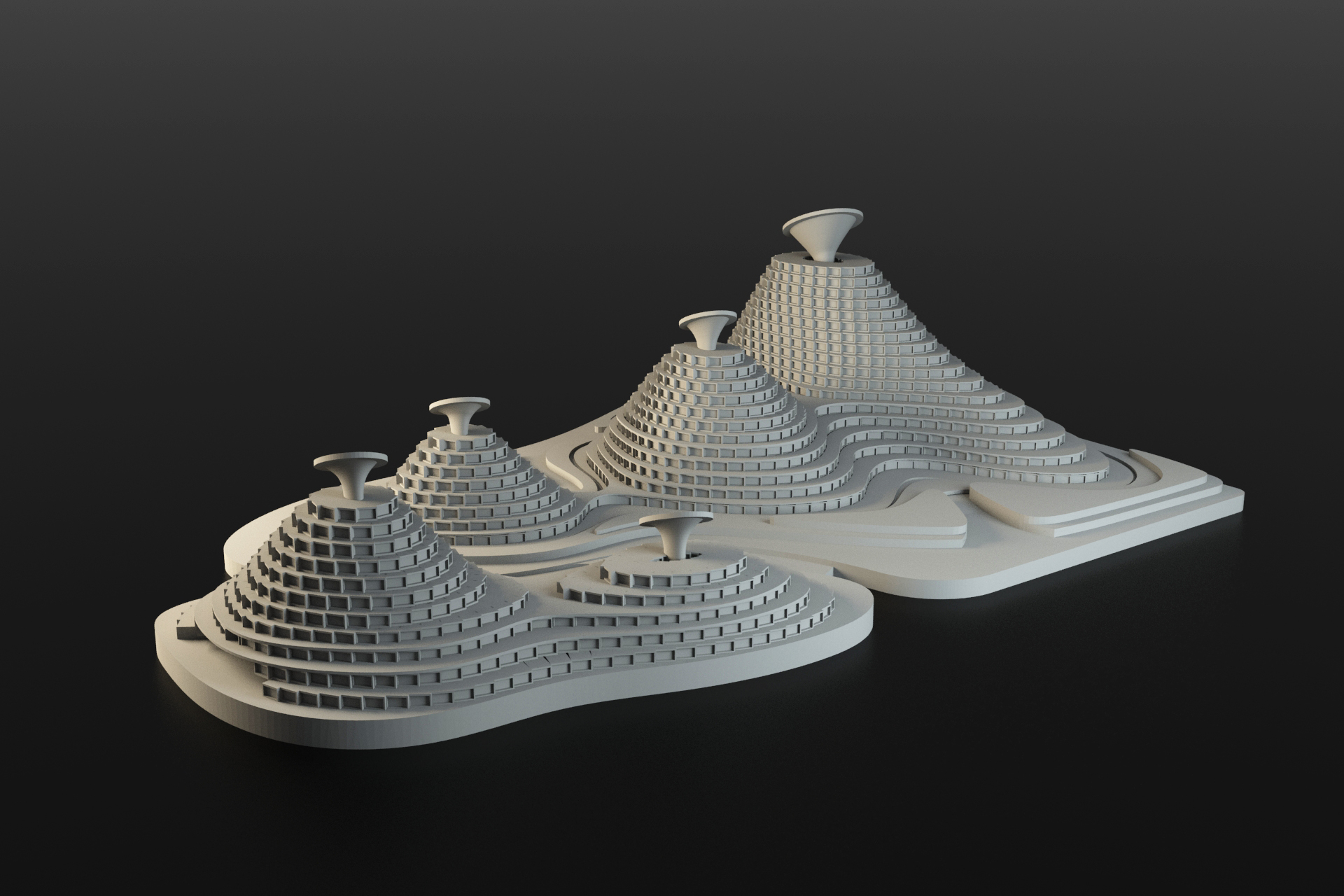 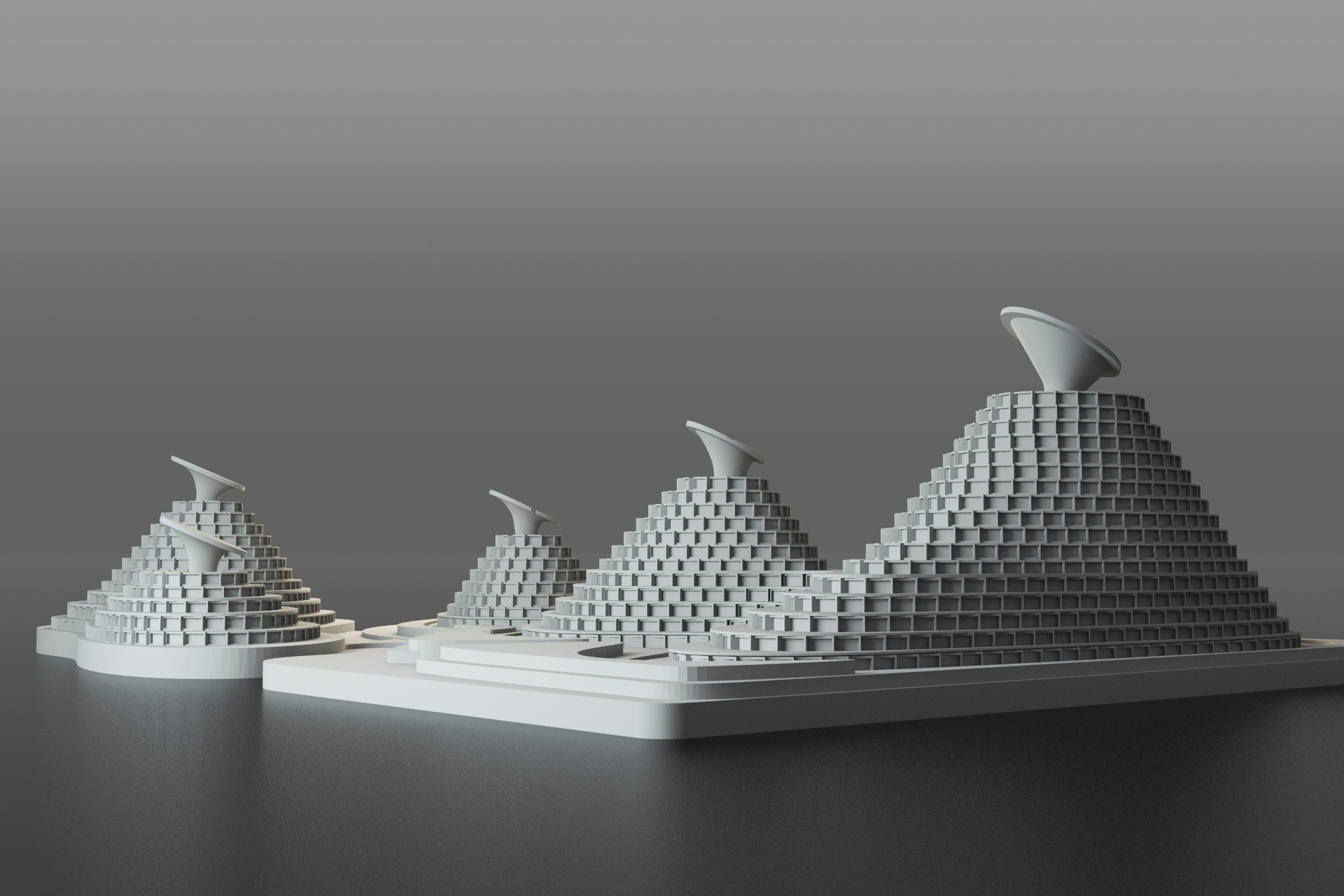 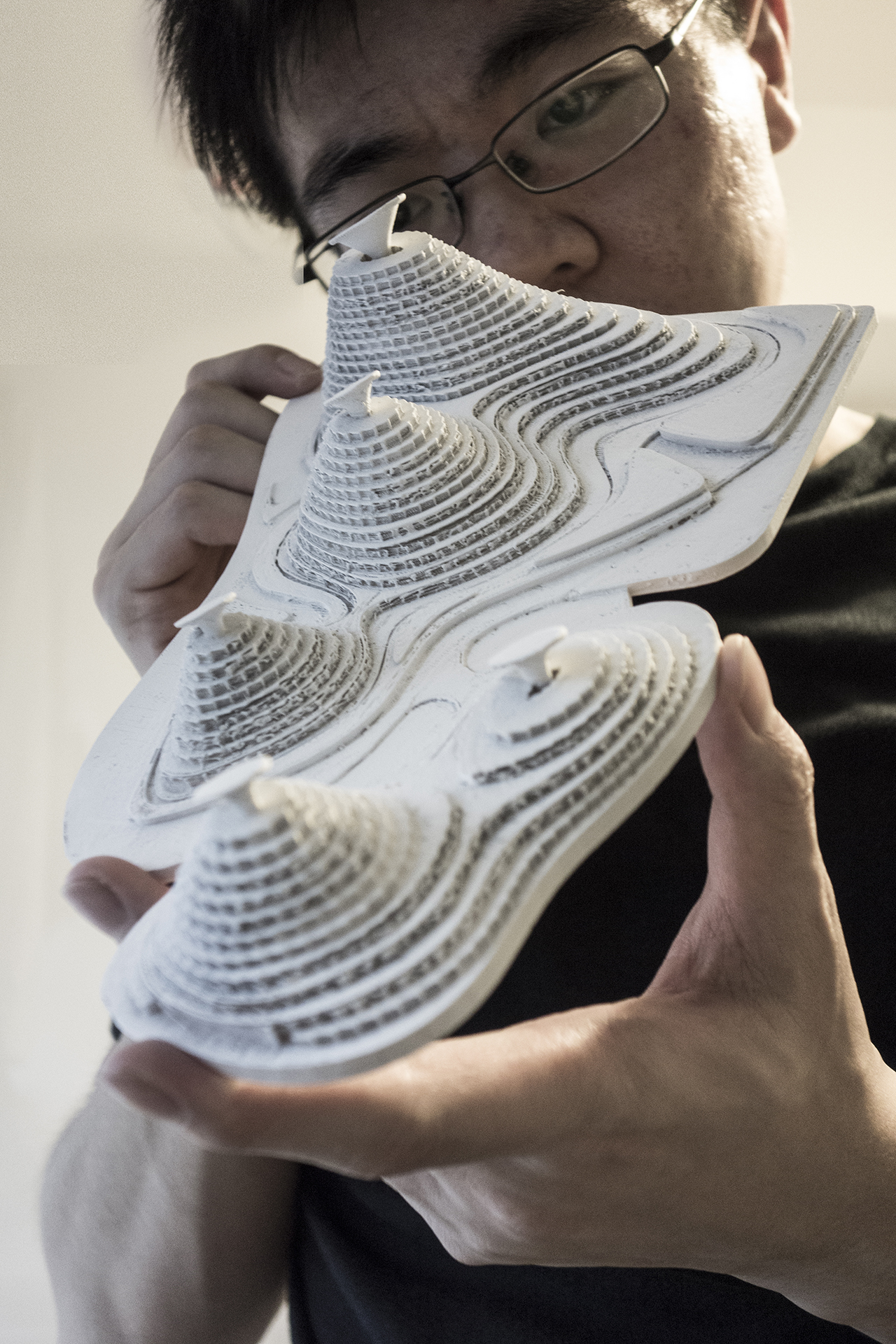 A project to revive the brand of Detroit. Contact us for more detail.